Apr 29: Discussions/consultations at NIAS on the ASAT and Balakot airstrikes.

Oct 16: Army War College Mhow, Panel discussion on Nuclear Dynamics-Operationalizing the The Indian Nuclear Triad. With particular ref to the sea based deterrence.

Spoke on International Law & Maritime Affairs; it set off a very vbrant discussion and Q&A session particularly on China’s revisionist agenda, the frailty of UNCLOS and Systems  at sea and the paradox of  Order in the time of Derangements. Outline of the PPT: International Law & Maritime Affairs the Tussle between Sovereignty and Universality-Mahan’s Prescient Perspectives-Concept of the Global Commons and Nature of Domain-Governance and Order at Sea-Derangements and Power Struggles-Laws of War & Rules of Engagement.

March 29-30: Western Fleet Golden Jubilee. Admiral Nayyar made an erudite analysis of the evolution and intellectual development of the Fleet through anecdotes and personal experience. On the third wave transformation underway that would establish the vision and reach of the Fleet, the Quad provided the stage for just such a renewal. The venue for the presentation was Vikramaditya. 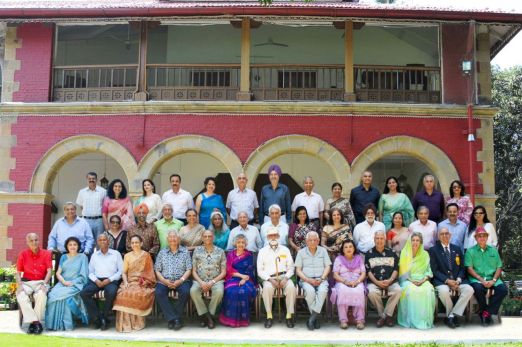 The Twenty-four Helmsman who, in their turn, set the course for the Western Fleet

March 20-23: INS GANGA Shrotamo asmi Jhanavi Decommissioning at Mumbai. Poignant moments. It was Ganga that ushered in methods to network and control the maritime operational domain. The awe and curiosity was more than apparent when we operated with the Admiral Vinogradov Task Group (in 1993 the Russians were operating out of area for the first time since the dissolution of the USSR)

February 23:  US Air War College dialogue “India, US and the Indo-Pacific” 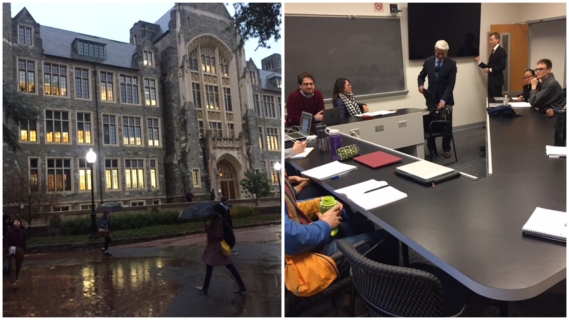 Deliberations on proceedings of the First Meeting of the Nuclear Crisis Group (NCG) held at Vienna.

The real peril in the nuclear domain lay in the inability of formal establishments to track potential situations of nuclear conflict. If such risks remain ignored, misunderstood or mismanaged, they could even lead to unintended consequences. Recognising this, an international crisis group was formed as a sub-set of Obama’s nuclear legacy, a Global Zero Commission on nuclear risk reduction. The primary mission of the forum would be to generate analysis of these predicaments, develop proposals for de-escalation and consult with appropriate agencies to diminish the danger of nuclear exchange. The Group, an international assemblage of experts from nuclear armed countries and their allies has been set in order to realise this prospective initiative. Along with the deliberations of the meeting, the general features and purpose of the NCG, Admiral Shankar will also be addressing the various nuclear flash points that the NCG has identified- with a focus on the situation in the sub-continent.

May 5-6: The Nuclear Crisis Roundtable, Vienna

Global Zero’s newly formed Nuclear Crisis Group will hold their first conference on May 5-6, 2017 in Vienna, aligned with the NPT PrepCom. The conference – the Nuclear Crisis Roundtable – will be co-hosted by Global Zero and the government of Sweden and will take place at Schwedenhaus, Sweden’s embassy in Vienna. The Nuclear Crisis Group is an international group of esteemed experts from nuclear countries and their allies. The group will constantly track situations of potential nuclear conflict that risk being catastrophically ignored, misunderstood or mismanaged. It will produce analysis of these situations, develop proposals for de-escalation measures and conduct ongoing consultations with governments to de-escalate well before the nuclear threshold is crossed. This initiative builds on the work and expertise of the Global Zero Commission on Nuclear Risk Reduction. Co-chaired by Ambassador Thomas Pickering and General (ret.) James E. Cartwright, invited South Asian representatives at the roundtable are Vice Admiral (retd.) Vijay Shankar (India) and Gen. (retd.) Jehangir Karamat (Pakistan).

September 28 : Book launch Address critical acclaim for “Left of Boom” or “No War. No Peace?” Authors: Perkovich and Dalton.

May 6: Roundtable discussion on “Evolution of the Deterrence at Sea,” Carnegie Endowment for Peace, Washington D.C. 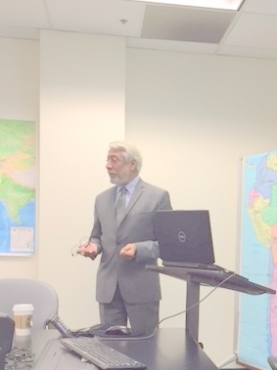 September 14 (AM):  Confabulations with the International Security Advisory Board (ISAB, Sec. John Kerry’s) on “The Nature of Strategic Stability on the Sub Continent,” State Dept. Washington DC.

i. Lecture on Maritime Security (Annual Program for Senior Executives)

ii. ‘Development of Strategic Scenarios and their Gaming’ (Analysis of workshop conducted in March 2014 for Naval War College.) 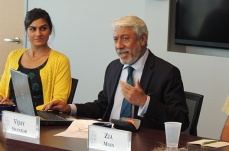 2 thoughts on “Media and Upcoming Appearances”